Balenciaga Straddles the Line
Between Fake and Deepfake 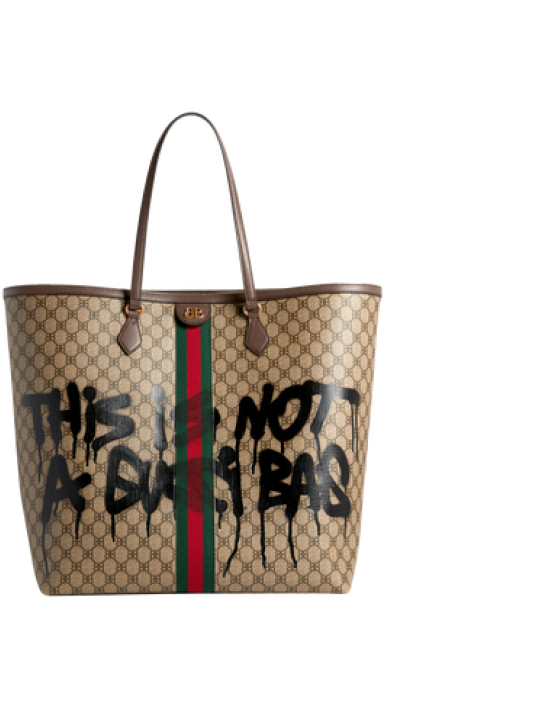 This time, Gucci got the Balenciaga treatment in the spring 2022 Clones collection, with creative director Demna Gvasalia switching out the iconic GG logo for BB. A giant tote bag with the BB logo boasted, “THIS IS NOT A GUCCI BAG” in graffiti. The collection straddled the line between bootleg and legit, fake and deepfake, questioning the general post-truth world in which we live.

“We see our world through a filter—perfected, polished, conformed, photoshopped. We no longer decipher between unedited and altered, genuine and counterfeit, tangible and conceptual, fact and fiction, fake and deepfake. Technology creates alternate realities and identities, a world of digital clones”

At first glance, Balenciaga’s Spring 2022 collection video looks like your standard runway show; there’s an all-white white backdrop, runway, lines of people dressed in black line the catwalk, sitting along bleachers. But wait a second — is it real?

Balenciaga creative director Demna Gvasalia took The Hacker Project a step further by staging a runway show that comments on the post-truth, technology-enhanced era in which we live. The designer questioned what is real, and what isn’t in myriad ways, leaving the viewer to wonder if they had just experienced a dream or reality.

Gvasalia and his team picked an appropriate soundtrack, composed by BFRND. It featured a haunting AI rendition of a fictional voice reading the lyrics of “La Vie en Rose.” When the first look appeared, a veiled figure shrouded in black, holding a Balenciaga Hourglass carryall. After a number of looks, it became clear — the models were the same person. For the collection video directed by Quentin Deronzier, Gvasalia tapped artist Eliza Douglas, who has appeared regularly at the house’s shows and campaigns over the last few years to be the only model in the show with some of the looks — which ones are anybody’s guess — substituting a deepfake version of Douglas. Other looks feature Douglas’s digitally-scanned face strategically placed over models. 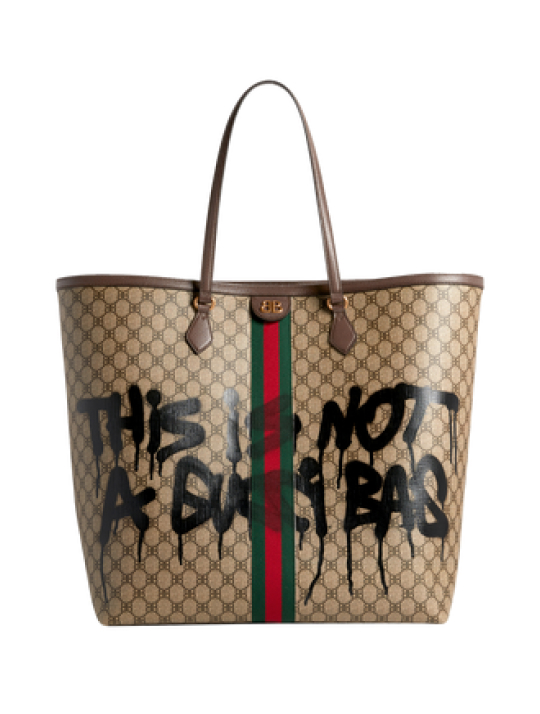 For the Balenciaga leg of the Balenciaga-Gucci Hacking Project that fuses together the codes of the French and Italian luxury labels, Gvasalia took a number of Gucci’s signature markings, cleverly adding Balenciaga branding to them. The creative director replaced Gucci’s GG logo with BB for Balenciaga, cheekily adding it to a large tote with the words “THIS IS NOT A GUCCI BAG” spray-painted in black over it. He borrowed Gucci’s iconic Jackie 1961 handbag silhouette, replacing the Gs with Bs. Elsewhere, he Balenciagaed a Gucci weekender bag with the same idea. 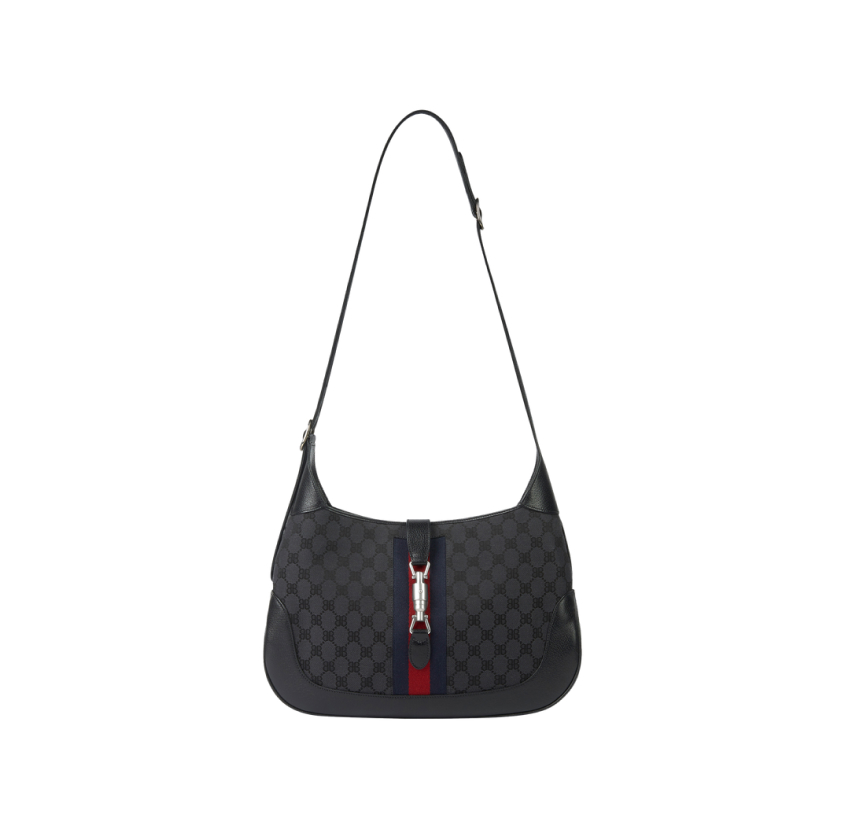 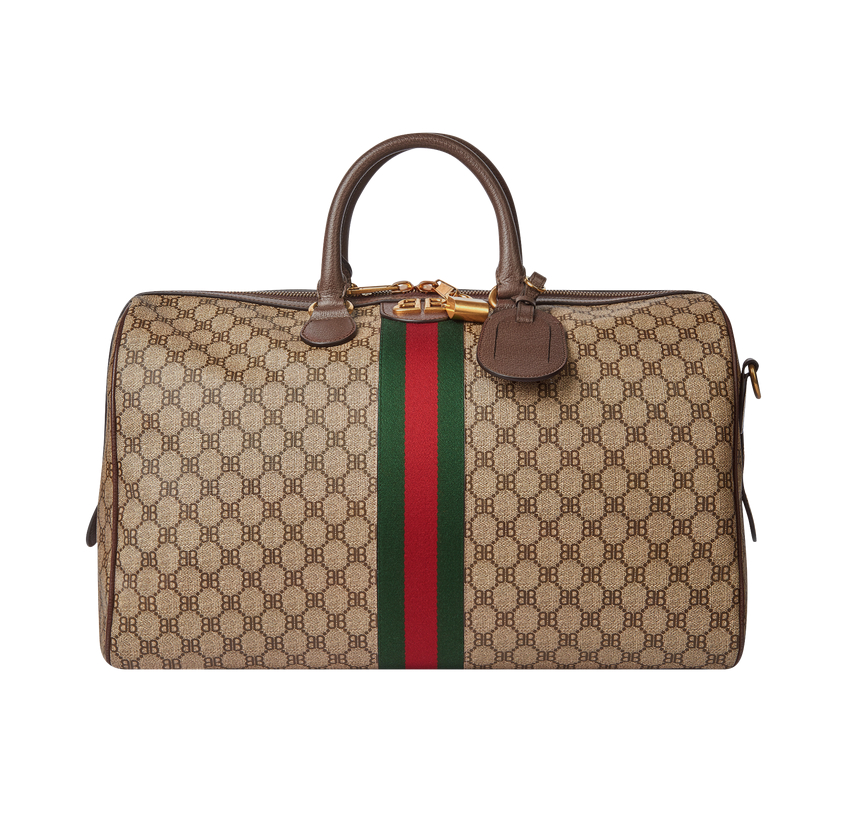 Balenciaga’s spring 2022 collection displays the exaggerated proportions for which Gvasalia is known, emanating an industrial goth raver vibe through JNCO-inspired trousers, elevated tracksuits, and structured hoodies. Oversized blazers and trenchcoats and puffers continue to play a dominant role in the collection. Gvasalia also pays homage to Christobal Balenciaga’s famed cocoon silhouette with a bold pleated yellow cocoon dress and floor-length peplum gown at the finale. The collection also includes one non-Gucci hack on a number of totes showing Barbara Kruger — and later Supreme’s —  oblique Futura bold type in all caps against a red block. 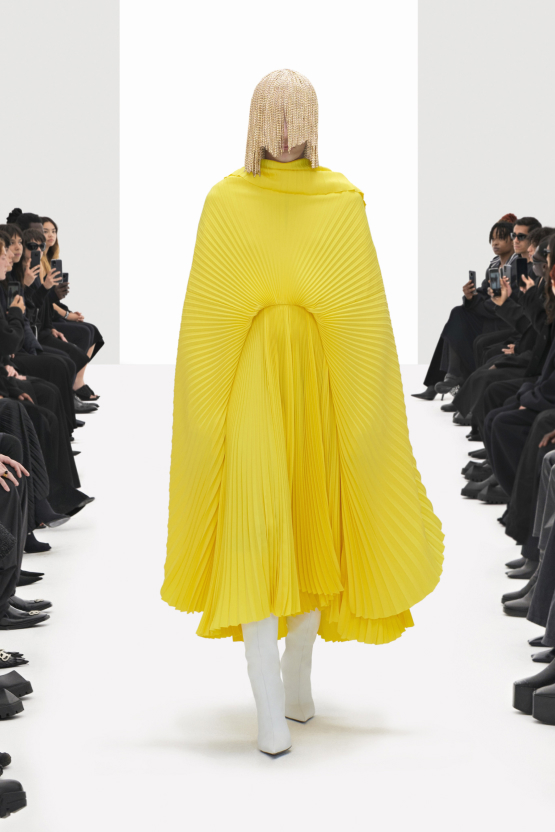 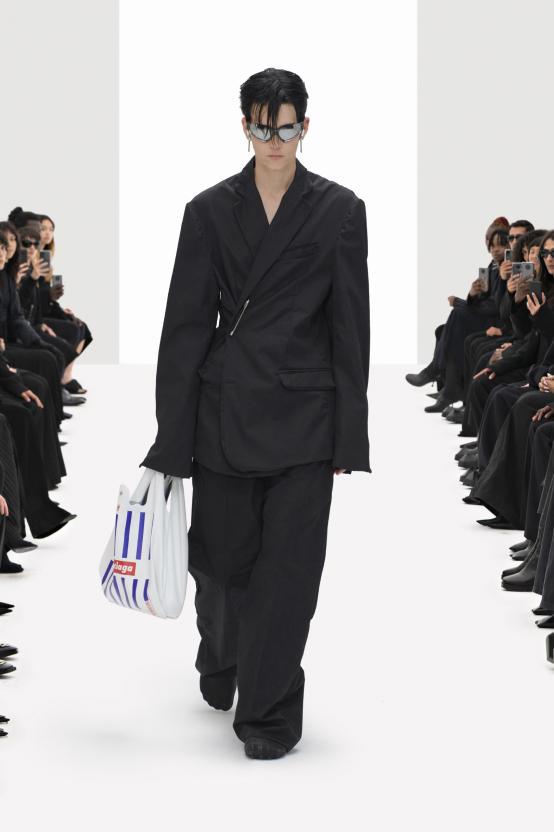 The Most Notable Handbag Releases of 2021 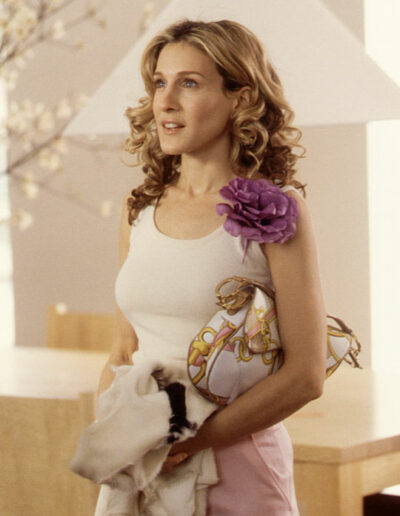 The Handbags of Sex and the City 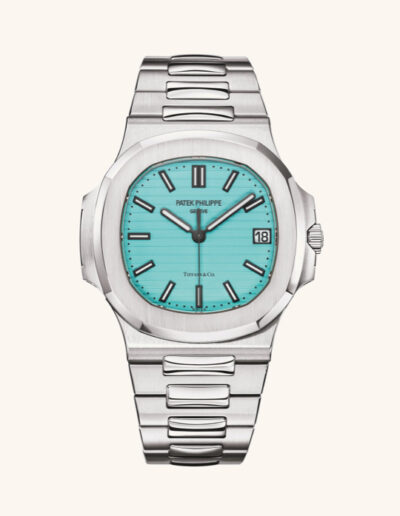